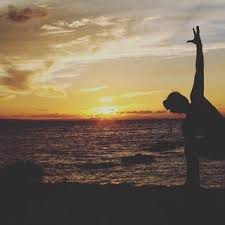 With my thanks to Leah: Yoga With Leah

After I worked my "back to the floor" shift, which I wrote about last time, I started to find my thoughts drifting back to the family my colleague and I visited.  I wonder if, and hope that they are safe and well.

But I am not the Officer in the Case (OIC) for the crime. I do not work in the Multi Agency Referral Unit (MARU) and I am not a Safeguarding Officer (we just say Safeguarding Officer), so I won't be told and I won't go looking things up to check how they are getting on.  That would be a bad thing to do.

So for this particular job, as with so many other jobs we go to in The Job, there is the potential for unnecessary thoughts and worry.

Until my "wobble" (another thing I wrote about!) I thought I was one of those blokes who was immune to nasty events, who easily blocked out unwanted thoughts when they popped into my head and who simply decided not to worry about stuff.  In the end I did not so much admit to myself the reality, as was ambushed by it.  The reality was, and remains that I am not one of those blokes. I am not immune, can not stop unwanted thoughts and I do worry.

I also realised that it would be good for me to actually do something about the thoughts and worries that I know I will come after some jobs.  And it turns out that some of the stuff that would have been good for me to do, I had been avoiding.  I guess it was a mixture of misplaced machismo and distrust of everything I considered a bit "hippy".

Now I am learning how to do that stuff.  I know it by the name "Wellness".

It was after the recovery counselling and therapies I went through that our outstandingly good Force Medical Officer (FMO), "The Prof" suggested I might like to give it a go.

It would be wrong for me to try and describe the theories and practices I am trying to learn.  I would not do them justice.  Suffice to say I find myself listening to my own breathing, sensing my own body and accepting my thoughts and emotions from where ever they come.

And it came as a very welcome surprise when my education about this type of stuff was enhanced by a really rather terrific couple I met just a few days ago.

They are a friendly, clever and all round lovely married couple I met whilst on holiday.  The bloke is a six foot and a handful of inches tall, 250 pound (I used a calculator work out that is just over seventeen and a half stone) former professional football (the American kind) player and current personal trainer.  His other half is a Yoga instructor. I think that makes her a Yogi. She is very professional, incredibly capable and inspiring when leading a class.

If she ever finds herself in Cornwall (the English one) and we can persuade the College of Policing that Happy Baby is a valid "ground position defensive tactic"  I reckon she would do a cracking job leading one of our officer safety training sessions.

Now, another thing that struck a chord with me was when the former professional football player is also a personal trainer told me that he chooses to take one his wife's classes each week or so.  The class he specifically chooses is one that focuses on breathing and balance.  He tells me he calls it his "reset" time.

I really do wonder if I would have avoided my problems if I had made time for my own "reset" time alongside the more traditional exercises I was happy do.  There really is something to be said for looking after your mental and emotional health alongside burning calories and working on muscle groups.

PS - please drive safely, be kind and be honest.

PPPS - these guys are from Burlington, Ontario (the Canadian one), so it's a bit far to commute for a weekly class at the moment.

This blog is not monitored 24 hours. Please do not report police matters to this blog.

Links you may find interesting